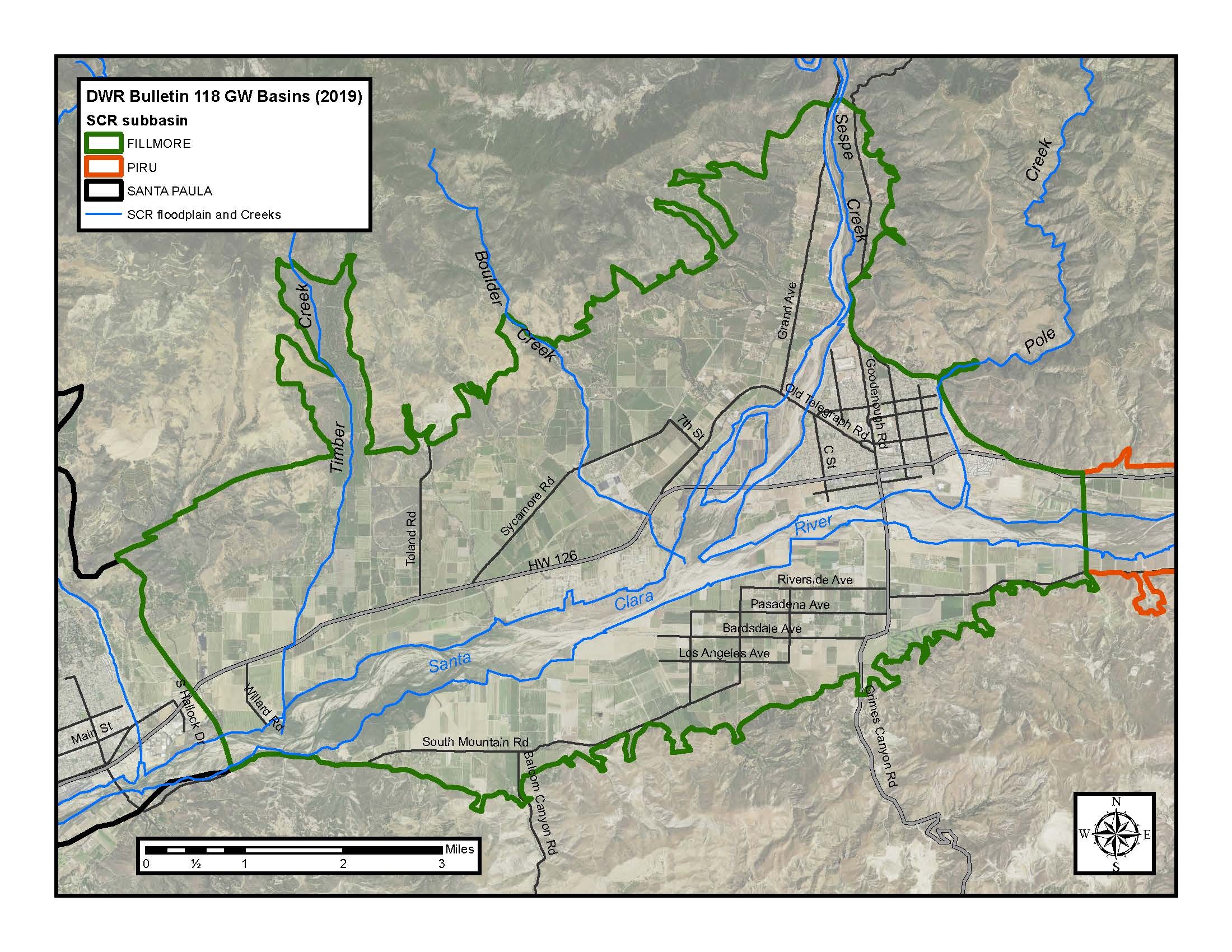 Fillmore basin average and median water year precipitation from 1957 to 2015 was 18.32 inches and 16.05 inches respectively, as recorded at the Fillmore Fish Hatchery (station 171) near the Piru-Fillmore basin boundary.  Average annual groundwater extractions for Fillmore basin from 1980 through 2015 were approximately 44,600 acre-feet.

The Pole Creek Fan is located between Sespe Creek and the Santa Clara River, and forms the northeastern portion of the basin underlying much of the City of Fillmore.  This area is primarily composed of alluvial fan material.

The two principle faults that bound the Fillmore basin are the Oak Ridge fault to the south and the San Cayetano fault to the northeast.  Several other faults bound the basin on the northwest side.

Groundwater flow in the Fillmore basin generally moves east-to-west through the alluvium.  Groundwater recharge from Sespe Creek generally flows towards the southwest.  The basin is considered to be an unconfined groundwater basin.